Towards a ‘Sixth Sense’

I admit to a weakness for GeoPorn. I am not ashamed. I subscribe to all the cable channels : Discovery, NatGeo, Science Channels (both 1 and 2), The BBC, and the Travel Channel.

My all-time favorite shows are about electro-magnetism. But my real kink? How some animals can track the earth’s geomagnetic field. And last week, it was unusually good viewing for my kind of GeoPorn.

On NOVA’s ‘Hunting for the Elements’, superbly hosted by David Pogue, I learned a clever chemist and fisherman in the Bahamas has discovered that sharks not only dislike magnets (old news), they also hate rare-earth elements.

Fig 1.  These images illustrate how I imagine sharks “see” geomagnetism – a synesthetic ‘force field’. Images from Our Magnetic Earth by Ronald Merril.

Stroud is currently developing fish-hooks made of a magnetized mix of neodymium and praseodymium. So far they have been very effective at repelling sharks, and thus saving their lives.

Sharks never sleep, so they are probably roaming the oceans in a sleep-deprived state – a kind of ‘continuous partial attention’. Stroud actually proves his point by first suspending sharks upside down, until they enter a passive state that he calls “tonic immobility”.

It’s likely sharks use their magnetic senses as a kind of ‘snooze-control’ (cruise control + alarm clock). They simply awake to strike any ‘magnetic signature’ that triggers their ‘Shark Vision’. If correct, this may explain their striking humans, whom after all, are very rarely eaten.

It really doesn’t get much better than sharks (with frick’en magnets in-their-heads). But once again during my own hazy state of CPA –  I call  it multi-slacking ( the Internet + TV in parallel ) – my focus suddenly snapped to the ‘big’ screen.

A shaggy dude on BBC2 was walking around a large polygon taped onto some platz’ in Europe. Must be German I thought. But wait, he was blindfolded! .. Definitely German! 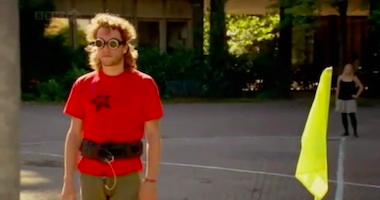 Ahh…. no one does GeoPorn like the Germans! Given der’ blind-goggles, Udo was navigating surprisingly well. His secret? The ‘feelspace’ belt fitted with vibrating sensors around his waist. Wearers can navigate via the earth’s magnetic field and without sight.

The belt is the brainchild of the FeelSpace Magnetic Perception Research Group at the University of Osnabruck in Germany. Yet after wearing ‘the belt’ for only a short time, test subjects become almost addicted to their new “sixth sense”.

But When asked to describe their new found sense-abilities – they simply couldn’t. Of course we architects and designers can sympathize. We have our own in-built ‘feelspace’, and a professional language barrier that makes our work largely inexpressible to outsiders.

So then… blindfolds, vibrating leather belts, magnetic sensors, feelspace, and indescribable sensory biology. Yes, it’s kinda sexy! But what does all this synesthezia have to do with 3D and digital design? Once again, we go to Germany.

The Fraunhofer Institute for Industrial Engineering is currently working on a 3-D planning tool that lets GeoDesigners easily visualize noise, pollution, and traffic – so that they don’t accidentally build a structure that will have nearby residents enraged. Germans are very sensitive to noise! 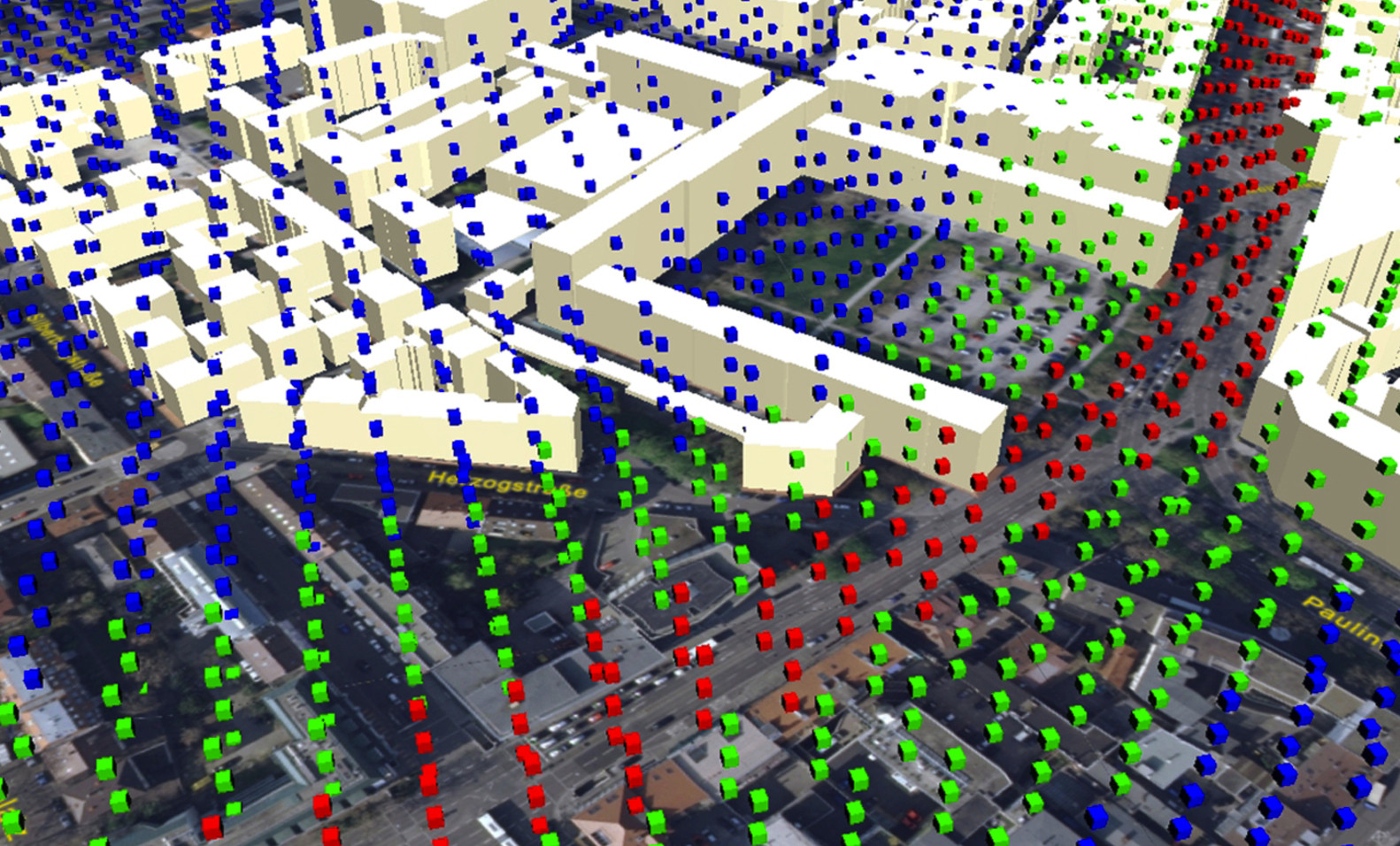 Fig. 3 – Data in this image corresponds with the different colored boxes. High levels of noise could be green,for example, while low levels could be blue. There is a distance of just over 16 feet between data points. Image courtesy of FIIT.

What is encouraging here is that researchers are making solid progress towards describing the inexpressible –  l’espace indicible as Corbu called it. This is the privileged potential of digital design environments, their ability to give us virtual ‘sixth senses’ and blended data (qualitative + quantitative) in a single model.

In short, our sensory biology is becoming another additive reference layer to better inform our design of the natural and built environment.

Thanks for reading and subscribing! –  FormFonts 3D Models

3 Responses to Towards a ‘Sixth Sense’