The progressive state of Nevada just issued Google’s driverless vehicles its first “drivers” licence. That’s right, a machine got a learner’s permit. Google’s autonomous cars can now drive themselves on any Nevada  roadway – as long as two meat-popsicles chaperone.

The average American now spends more than their 2 week vacation, commuting to work – 100 hours annually according to the 2005 U.S. Census. En mass transit, that’s hundreds of millions of hours behind the wheel. A valuable media market called ‘Drive Time’.

The Google is also terrified distracted driver laws will soon make smart phones illegal in cars. So no surprise, The Google is hard at work on driverless cars. 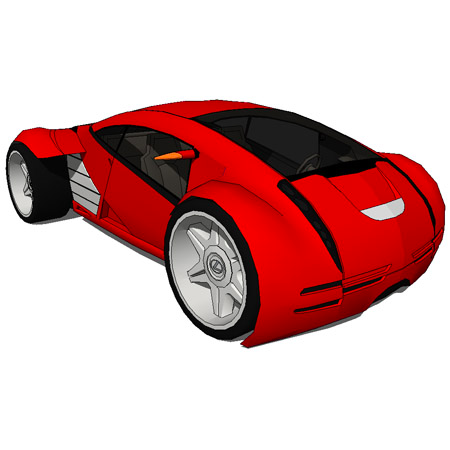 Fig.1   3D Model of Lexus 2054 – by FormFonts 3D.  This beautiful vision for future commuters was designed for The Minority Report. Designer’s working with Lexus came up with a form factor would run on fuel cells, and have many advanced safety features, including a crash-proof structure. In Google’s version, it’s a mobile media-pod and the  windshields double as transparent touch-screens.

The Internet reduces the friction of distance, enabling millions to telecommute. It’s strange then that Google is pursuing a shrinking media market. Unless of course, you think about mass transportation as just another kind of web-service.

And really, that’s how The Google sees everything. They’d like to lease you transportation monthly just like data storage. Of course, this robo-car (hacker slang) will really be just be an electric browser-mobile, with all the Chrome… inside.

This robo-rental will be wirelessly tethered, and your every stop planned, recorded, and/or shared by Google. In transit, it will also laser-scan your route, record wifi hotspots, and pair telematically with nearby vehicles. Lease Payment? Perhaps as low as $100 a month.

About the only thing this electric browsermobile won’t do, is make coffee. But the average worker spends $1100 a year on coffee. No way Google leaves that money on the table. Starbucks will partner with Google and plug-in to the browsermobile… for on-board brew.

From the age of six, I couldn’t wait to drive my own car. So I’ll likely never own a browsermobile. But I do love the idea for distracted drivers –  all those other people I see chatting, texting, shaving and putting on eyeliner at 70+ mph on their way to work.

And if you think you’re one of those exceptional people who can actually multi-task on the move (who doesn’t)… or that you’re an immortal teenager, you really need to watch this!

Fig. 2 –  Video of Belgian Drivers License Test. Drivers are Required to Text and Drive safely, in order to get their driver’s licence. It flips the script, and is definitely worth watching.

Another reason to like robo-cars is the sophisticated Smart Geometry they will require. You can only imagine the complex hyperdimensional Mirror Worlds needed to manage the nation’s road-traffic on a millisecond-by-millisecond basis. 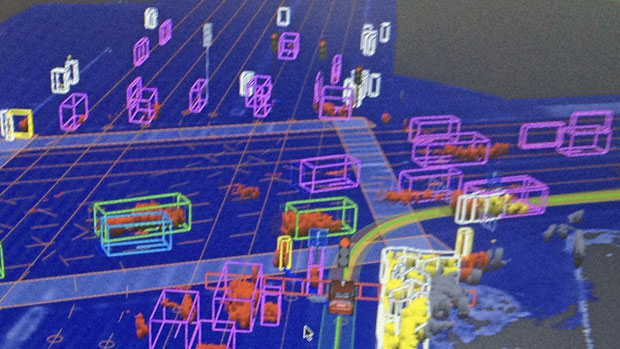 Fig. 3  –  An image of what Google’s driverless car sees. A lot of Smart Geometry is needed for Telematics like this.  Notice how on board laser-scanners capture partial profiles of nearby vehicles, does type ID by pattern matching, and then puts a bounding box around each vehicle. Image from Nevada DOT.

Still, there are some roadblocks. The uber geniuses at The Google haven’t thought of everything. Autonomobiles will almost never speed, road-rage, frogger (change lanes rapidly to get ahead of traffic), jump a red, or ‘catch a prune’ (french slang for getting a parking ticket).

[ Note: The Nevada tester already “gets honked at more often because it’s being safe!” according to Nevada DMV Director, Bruce Breslow ]

That means Billions of dollars in lost state and local revenues that can’t otherwise be replaced. And who’s going to re-employ all those Highway Patrol officers, or DMV Workers once you can renew your driver’s license while “driving”. Google? Not likely.

Thanks for reading and subscribing!  – FormFonts 3D Models