Nearly ten years ago I attended my first Internet2 conference. I was presenting my research project the Objective Networks Collaboratory. It was a free 3D model server for sharing SketchUp components funded by @Last Software and Cal Poly, and hosted at the CAD Research Center at Cal Poly, San Luis Obispo, CA.

Internet2 is a university consortium self-tasked with finding a “killer app” for all the ‘dark fiber’ left-over from the first dot-com bubble.

“ Among the many paradoxes of Broadband is that although there is a remarkable degree of unanimity that broadband is great and highly desirable, we don’t really  know what it’s good for, and in general are not willing to pay much for it. “

Andrew Odlyzko – Many paradoxes of Broadband 2003

Back in 2003, I was already convinced that Architecture Engineering and Construction (AEC) would be the ‘killer app’ for high bandwidth environments.

Rather than translating hundreds of CAD files piece-meal in a distributed version-control hell, 3D Building models (BIM) would live ‘on the grid’ as it was known back then. Fluffy cloud computing was still a few years off.

Given capacious bandwidth, accessing huge BIM models would be as easy as opening up a port on the 3D model server. Multiple stakeholders could access and edit their model ‘extractions’, and then merge them back into a single master model… as illustrated below. 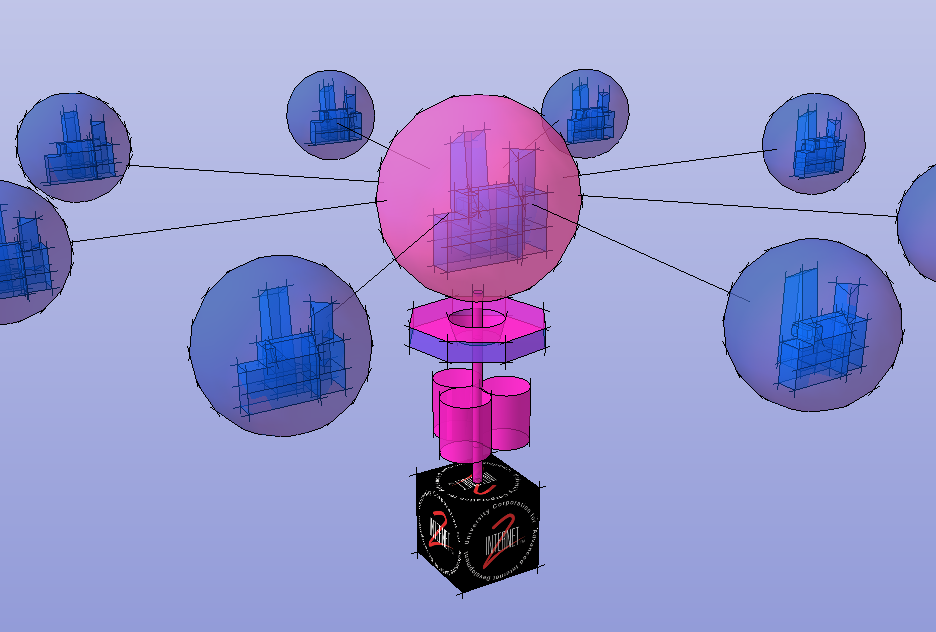 Fig 1– Broadband Obviates Interoperability. A Slide from my 2003 Internet2 Presentation.   I predicted a new class of companies I called BIM ASPs would emerge to host AEC/BIM Project Webs. The palette of early SketchUp was limited, but that’s still no excuse for these awful colors.

Curious at that time, no one at Internet2 was very interested in my ‘killer app’. It eventually became clear that, ironically, any application success would be a mission failure – ending all that sweet engineering grant-money for making the pipes.. even phatter and faster. 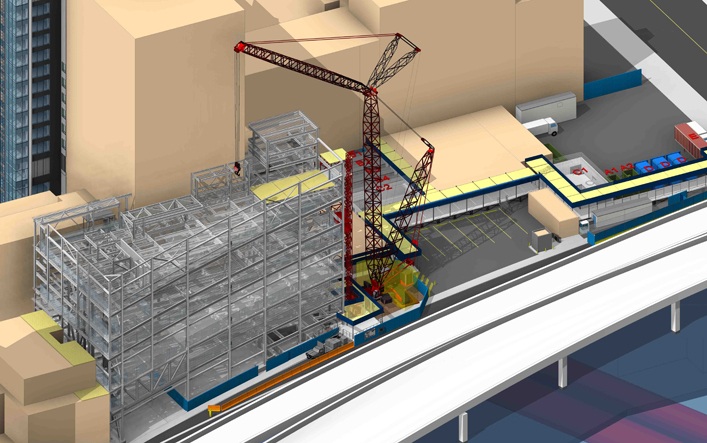 NYC Building stored the approved 3D BIM safety models in a secure online site where examiners can review them. Because the submissions are digital, revisions can also be submitted, and re-approved in a much more timely fashion than paper plans.

Building Inspectors can also access the 3D safety models in the field on mobile computing devices. This mobility helps the building department and contractors alike, ‘ground truth’ the model on site. And the added reach of mobility is an explosive catalyst for BIM.

Already CIOs at larger AEC firms are adding new IP addresses as fast as they can to handle enterprise mobility. Some firms like DES Architects & Engineers, now have more than 5 IP addresses per employee.

Purple Comment: I vastly prefer VDC (Virtual Design and Construction) to BIM. BIM is non-descriptive (to those outside the professions) and a “wanna-be” computer science term. Inside the professions, “BIM” the word is increasingly in bad odor. Some of us remember how assiduously SketchUp avoided the word “CAD” for the same reasons. So I will use VDC here on out as the preferred TLA (Three Letter Acronym).

VDC penetration is now being aided and abetted by could-based file management services like Box.net.  These ASPs eliminate ftp for large file transfer. With Box, simply drag n’ drop files as large as 2 GB right from your desktop… to the cloud.

While 2GB is ample, file sizes will likely increase rapidly to compete with specialized BIM ASPs. For example, BIM ASP PlansandSpecs has no file size limit, and claims that the only speed limitations are client side, as their bandwidth “starts at a Gigabit speed and increases as needed”.

Architects and Constructors are already using Box for sophisticated CAD file sharing (see sources). And Box has seen a 53% year-over-year increase in construction and architecture customers, as of the close of 2011. VDC will only improve these numbers.

Box also ‘gets’ the huge mobility potential for AEC. Just last week they invested in PlanGrid, a Y Combinator startup which provides an iPad app that handles highly complex construction blueprint documents that can be shared and annotated in real time.

Update:  Just to step on my point, Autodesk acquired Vela Systems this morning to bring VDC to tablets. Read more at TechCrunch.

In Short: Virtual Design and Construction is (still) the killer app for high bandwidth environments. Capacious bandwidth is (still) not yet evenly distributed, but the extreme portability it enables.. is (finally) unlocking the utility-penetration paradox for VDC.