As the saying goes, any sufficiently advanced technology is indistinguishable from magic. And it’s this dichotomy that, for me, makes the Harry Potter series so charming. By flipping the context, much of today’s internet technology still looks… like magic.

Whether it’s talking oil-paintings, video “ink” on newsprint, or magic maps with GPS (Ghost Positioning Systems) that know every corner of the Hogwarts campus – Harry Potter magic tech is ever present – and only sometimes is overwhelming.

My favorite wizardry is the Marauder’s Map – The otherwise invisible map gives up its secrets only if users solemnly swear to be ‘up to no good’, and it hides them again when users say… “Mischief Managed”. It’s analogous to logging in and out of a secret website. 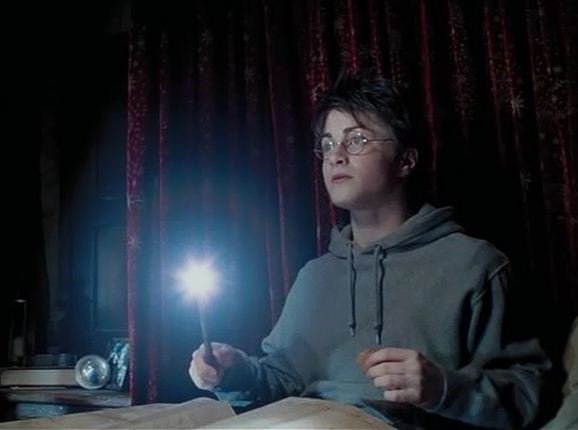 Fig 1. – Harry Potter uses his wand-light to read the Marauder’s Map. It’s a magical map that shows the Hogwarts buildings and campus. It identifies the whereabouts of every person (even ghosts) at Hogwarts in realtime (i.e. GPS). It also shows hidden passages and conveniently remembers the passwords need for each..(like an Internet browser).

I was instantly reminded of the Marauder’s Map when I learned about new 3D maps from Zebra Technologies in Houston, Texas. Zebra has a new 3D Hologram printing technology that is some serious magic… and is currently being used by the military in Afghanistan.

At first glance, the maps look like a large undeveloped Polaroid. But shine a flashlight on it, and the plastic film transforms…”Lumos Maximos!”… into a three-dimensional hologram that enables soldiers – without wearing 3-D glasses or goggles – to see battle sites in holographic 3D. 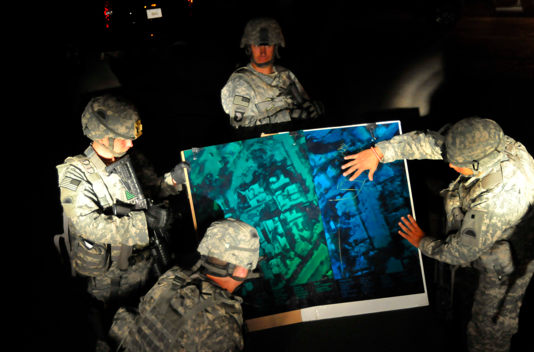 Fig 2 – U.S. soldiers use a flashlight to illuminate their 3D Holographic Battle Maps in Afghanistan. Because the image is full parallax, no glasses are needed. Image courtesy of Zebra Technologies, Houston.

Any unit preparing to deploy can ask for one to be custom-made for its area of operations. So far about 12,000 holo-maps have been made and used in Afghanistan and Iraq since their introduction in 2005. And that number will likely be rising in the near future.

The wait time for the 3D maps (now 3-5 days) will soon be shorter. Zebra is shipping one of its printers to Afghanistan, and their ultimate goal is to generate the holographic images on demand in real time.

The printing technology is not limited to photographs either. If you want to make a hologram of your SketchUp Models – simply download Zebra’s software for free, frame your data, and make your 3D models holo-ready.  Zebra also handles holographic point clouds.

In Short :  It’s definitely “Mischief Managed” with this HoloTek. The Marauder’s Map is now practical magic from Zebra Technologies. Just don’t forget the flashlight and some fresh D-cell batteries.

Thanks for reading and subscribing  |   FormFonts 3D Models

1 Response to Marauder’s Map.. 3D Holograms from your SketchUp Models