Prometheus, Ridley Scott’s quasi Alien’s prequel, is a visually brilliant movie. A team of earth archeologists, a geologist, and a vain android named ‘David’.. delve into deep space in the year 2089.

Their mission is to find a god-like race of aliens called ‘The Engineers’ that once visited earth. Are ‘The Engineers’ God? Did they create mankind? The billionaire owner of the Wyland Industries thinks so. He’s funded the expedition, and tags along hoping to find.. immortality.

Once on-planet, the science team has to navigate a subterranean network of caves, that somewhat conveniently, maintain a breathable atmosphere. To do this, a flying orb, called the Spectagraph, is used by the geologists to scan the unknown sub-terrain in real time.

The Spectragraph uses an omni-directional red laser to live-map 3D topography and sends the scans back to the team on the ship, in real time. 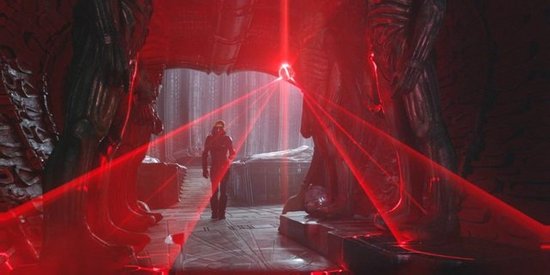 The Spectograph, and a lot of other future tech (including David), is made by Wyland Industries. And someone has a done a incredible job of creating a very real website.. for this fictitious electronics corporation. It’s gorgeous, and well worth the look.

This laser-scanning tech grabbed my attention. Not because it’s so futuristic, but rather precisely the opposite. There have been so many recent advances in laser scanning in the mining industry, geotechnical fields, and archeology. And they’re worth reviewing.

In the mining industry, underground cavities created by the removal of ore from the surrounding rock are called ‘stopes’. Because stopes are usually too dangerous for human survey, existing versions of the Spectragraph are called in to do the job. 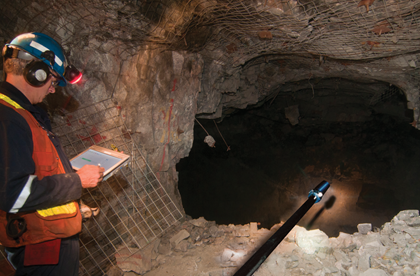 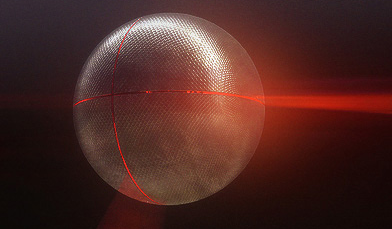 Fig 2 – Geosight, a new laser-scanner manufacturer, is pioneering the automated scanning of cavities by creating a tow dolly with a laser scanner. This Canadian concern calls its new system MINEi (left).  Close up of the future Spectragraph (right). 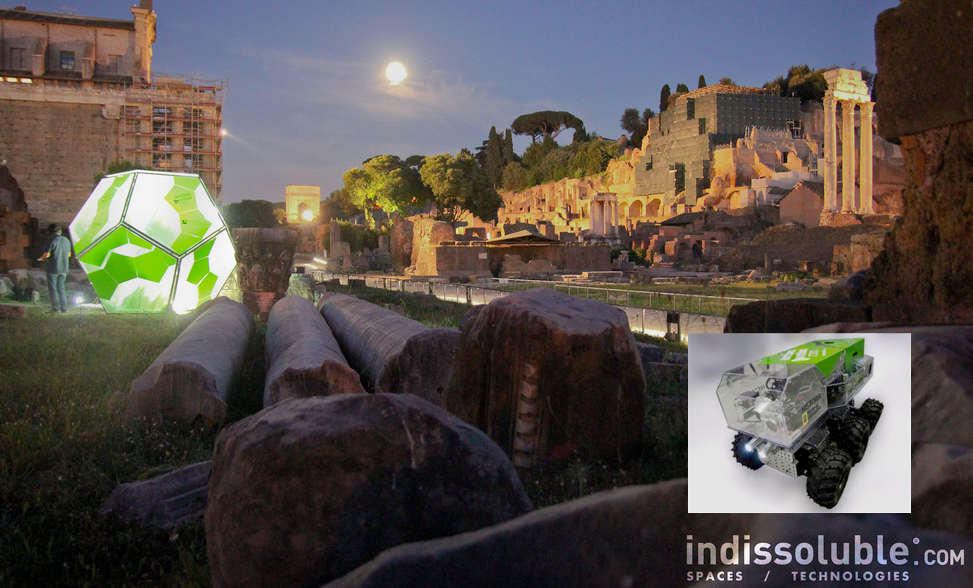 Fig 3 – The ‘Archeo-Robot’, a scan-droid building 3D Maps of ancient Roman Sewers.  The work is being performed by a Spanish Design Studio, Indissoluble.

Indissoluble specializes in what it calls ‘architectura multimedia’. While it’s clear the studios’ primary design chops are designing exhibition stands, pavilions, booths and other temporary structures, the firm’s lastest foray is into technological services

Indissoluble has also developed ArcheoRobot, a scan-droid that can reach tight spaces unmanned. To see how it all works, you know.. down there in the Colon-Maximus – check out this process video.

In short : 3D Live mapping underground caves, stopes, mines, and sewers is not science fiction. GeoSights, Gemstones, MINEi’s, ArcheoRobots, and other Spectagraphs already exist. Only in the future.. the Holo-Tek will give them a lot more snazz-factor.

Thanks for reading and subscribing  – FormFonts 3D

Learn more from these sources: