As a whole, the publishing industry has been decimated by the Internet. So if you still have a global publication with a circulation of 211,000 million copies per annum, you don’t just end it. Instead, you leverage it as a platform for augmented reality. Smärt!

IKEA’s new 2013 catalog, due out at the end of this month, will include a new layer of interactive content accessible via smartphones. U.S. smartphone penetration just hit 50%, and global adoption is now 30%. So the strategy is more reasonable than you might think.

The ‘big idea’ here is to increase the IKEA Catalog’s useful life, which is only about two weeks. To do that, IKEA’s is adding a ‘digital layer’.. augmented reality and interactive features like 3D models that enable customers to see both front-and-back of a product. 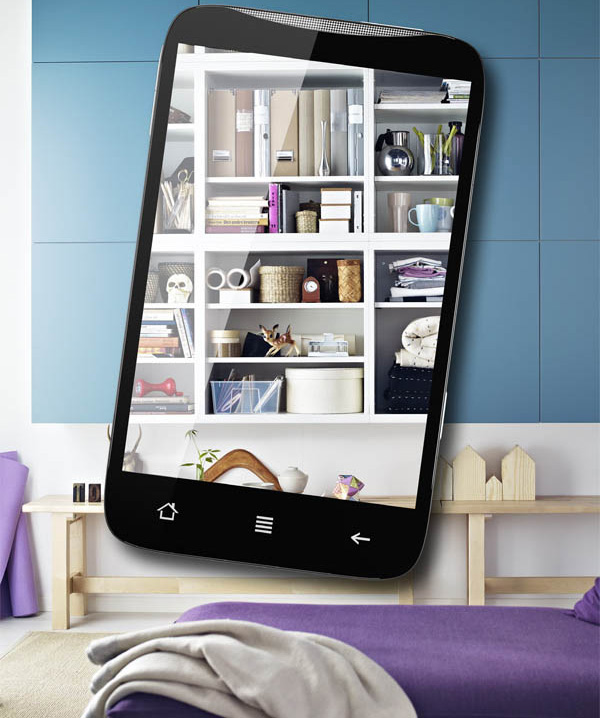 Fig 1 – IKEA’S new 2013 Catalog has interactive features for your smartphone. This X-ray preview shows how you can use your cellphone to see ‘hidden’ products  behind the scene.  The free IKEA Catalog app is required download.

To be honest, using your smartphone to see behind cupboards is pretty därn värdelös (damn cheesy). Unless you’re turned on by tight spaces, after you’ve tried this cabinet-cam once, you’ll be done with it forever.

Ms. Au Llanto sums it up nicely on FreshHome’s comment board… ”Not Much”.

McCann (the creative agency that drömt this up for IKEA) should have added gamification to the digital layer, hiding ‘power-ups’ behind the doors as an incentive to play this game. Imagine a modern Swedish Julkalender ( Advent Calendar with hidden chocolates).

Only slightly more useful is the ability to scan QR codes with your smartphone and see 3D interactive versions of IKEA furniture. Of course, you’ve been able to do this with 3D models of IKEA’s products on FormFonts for years now.

Of course to access this digital content, you first have to download the free IKEA App for your smartphone. The app is slated to be available in App Stores ~ August 2012. For a video preview of the new catalog, please see links in our resources section.

In short: Despite fairly pedestrian Augmented Reality, IKEA is making some smart moves to get us used to shopping on our smartphones.

Thanks for reading and subscribing – FormFonts 3D Models