Curiosity’s journey to Mars spanned eight months and 352 million miles (566 million kilometers). And after flawlessly executing an elaborate and untested landing routine,  the rover gently touched down on the surface of the red planet.

The landing routine was the equivalent of a Martian HALO buggy-jump. The rover is the size of a compact car, and too heavy to use air bags. So instead, it relied on a heat shield, parachute, retro-rockets and suspension cables to lower it to the surface.

There, scientists began slowly activating Curiosity’s 17 cameras over the next few weeks – beaming back truly amazing photos. First black and white, then color, and now even 3D images – taken with stereo Hazard-avoidance cameras on-board the Rover. 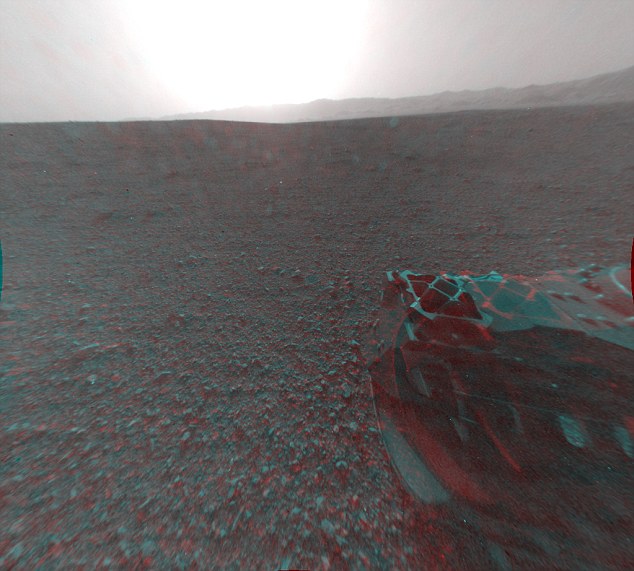 Fig 1 – 3D Image of Mars from Curiosity Rover, showing the rover itself and a slotted wheel in the right foreground.

But even cooler than this Martian HALO buggy-jump, 17 cameras, rock-melting lasers, and 3D collision avoidance .. are the Curiosity Rover’s metal tires. Sure, they look uniquely suited to off-roading on the red planet. But what’s with all those  curious  slots in the tires? 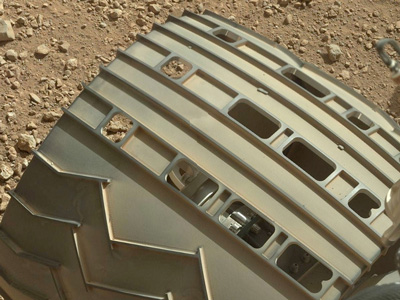 Fig 2 – Slotted metal tires of the Mars’ Curiousity Rover. What is the purpose of these holes? The look like a perfect way for rocks to get stuck in the metal treads…

Despite all the living science fiction that is Curiosity’s Rover tech, there are no GPS satellites orbiting Mars, and thus no on-board GPS. So, how to track the Rover’s whereabouts, and how far it has traveled?

By slotting the tires, the Curiosity Rover’s treads leave a unique imprint on Mars every time the wheels turn. Orbiters photograph the scalar tire tracks, and scientists back at the Jet Propulsion Lab in Pasadena can thus measure how far the rover has moved.

Thanks for reading and Subscribing to FormFonts 3D Models.

Established in 2002, FormFonts 3D Models has served over 11,000 subscribers. FormFonts 3D Models offers over 50,000 of well-made and with the right-amount-of-polygons models and textures on a subscription basis. Throughout each month we upload new models for download. If you don’t see what you need, request it to be made. We offer models in the following formats: Google SketchUp ® | Autodesk®3ds Max®, Autocad®, Revit® & FBX
View all posts by Formfonts 3D Models →
This entry was posted in 3D Tech, Architecture, For Fun, GeoPorn, History, Uncategorized and tagged Curiosity Rover, Geek Tech, HALO Jump, Jet Propulsion Lab, JPL, Mars Curiosity Rover, NASA, Pasadena, Slotted Tires, Why slots in Rover's tires. Bookmark the permalink.
%d bloggers like this: