Roger’s father resisted adopting the new hybrid seed corn, but during the great Iowa drought of 1936, the Rodger’s farm was decimated while the neighbor’s hybrid seed corn stood tall. Just short of total financial ruin, his father was finally convinced.

Everett was fascinated by the paradox of his father attitude towards innovation –  an “early adopter” (a term Everett coined) in electromechanical innovation, yet a reluctant adopter of bio-genetic innovations. This led to Everett’s lifelong study of The Diffusion of Innovations.

Like people, each culture has its own conflicting attitudes toward innovation. With technology like autonomous vehicles, facial recognition, and iris scanning, we  resist innovation. Yet in other arenas like augmented reality, we find ready acceptance.

One surprisingly adoptive market for 3D tech and Augmented Reality(AR) is professional sports. In football, the 1st & Ten line was first broadcast by Sportvision, a private company, during ESPN’s coverage of a Bengals-Ravens game on September 27, 1998.

The enhanced reality of bright yellow 1st and Ten’ lines are now taken for granted, but the underlying AR depends heavily on 3D modeling. Each football field has a unique crown and contour and is not perfectly flat, so a 3D model is made of the field once each season.

Several “instrumented” cameras are then spatially coordinated in the 3D database, using a “panhead” that monitors how the camera is used during the game (pan, tilt, zoom, focus and extender). It’s surprising that some kind of locally-corrected GPS is not used. 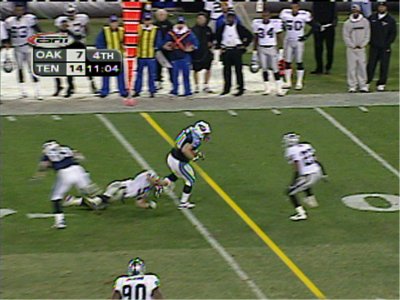 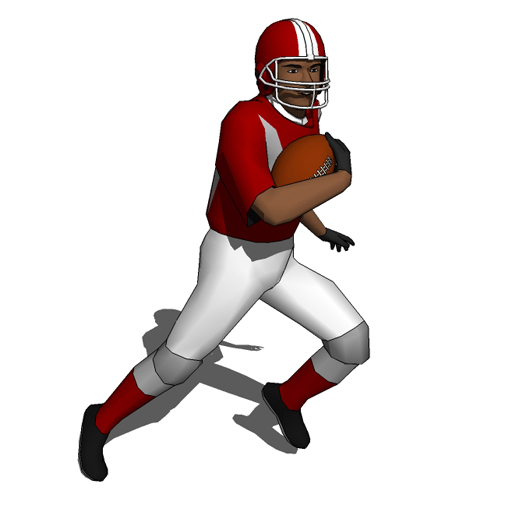 By maintaining a spatial database of 3D pixels and a refresh rate of 60 times a second, the central Sportsvision computer is thus able to serve-out coordinated views of enhanced football reality to each camera and video channel.

In tennis, the Hawk Eye instant review system was developed in the UK in the early oughts. It was first used in tennis in 2002 as part of the BBC’s Davis Cup coverage, and then won an Emmy the next year for Outstanding Innovative Technical Achievement.

As with football, electronic line calling employs 3D models of the court and a real-time spatial (pixel) database. But due to the high speed of tennis balls (up to 150 mph), the 4D raster data model is fed by 10 highspeed video cameras, in fixed positions around the tennis court.

Here’s how Hawk Eye works, step by step, pixel by pixel, and dimensions by dimension.

The net result (sorry) is near-real time replay. While electronic line calling was irregular at first, professional tennis players now have three ‘challenges’ per match. The shot is then animated for the players and audience using Hawk Eye’s 3D virtual reality system. 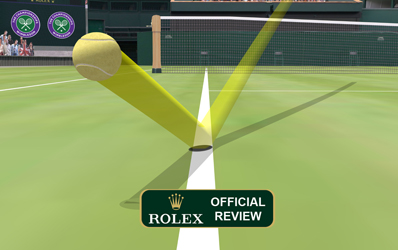 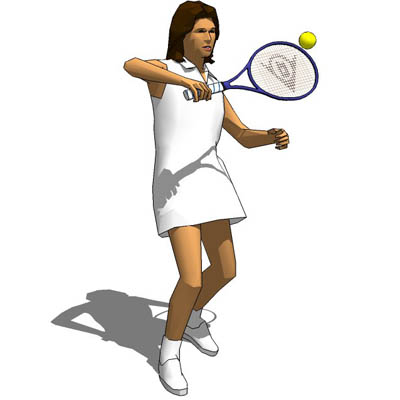 Instant replays have changed the game of tennis forever. And if you’re a real racquet head, you’ll enjoy this in depth article in The Atlantic. The upshot here is that electronic line calling now changes the human judge’s call no less than  3 times out of 8.

So why does our modern culture welcome high-speed electronic surveillance of sporting events and enhanced reality in entertainment, yet revile the same at airports – where the personal utility is arguably much greater?

I think it’s really about the consensual maintenance of another type of enhanced reality – Games themselves.

Each sport has it’s own delimited field of play, explicit rules, and instant adjudication. These clear boundaries enable us to suspended our collective disbelief – and share a heightened reality that might be called ‘pure competition’.

The only thing that destroys this leveraged reality instantly.. is a blown call. Players react badly, and spectators are needlessly reminded of the artifice of the game. We crash out of  ‘flow’ (i.e.pure competition), and find ourselves on the emotional rocks of an bad call.

In short:  Augmented reality is readily adopted by professional sports because it helps us co-create a willing and shared suspension of disbelief. For a few blissful hours.. life is constrained by rational rules, accurate and impartial ajudication, and victory goes only to the deserving.

Thanks for reading and subscribing. FormFonts 3D Models